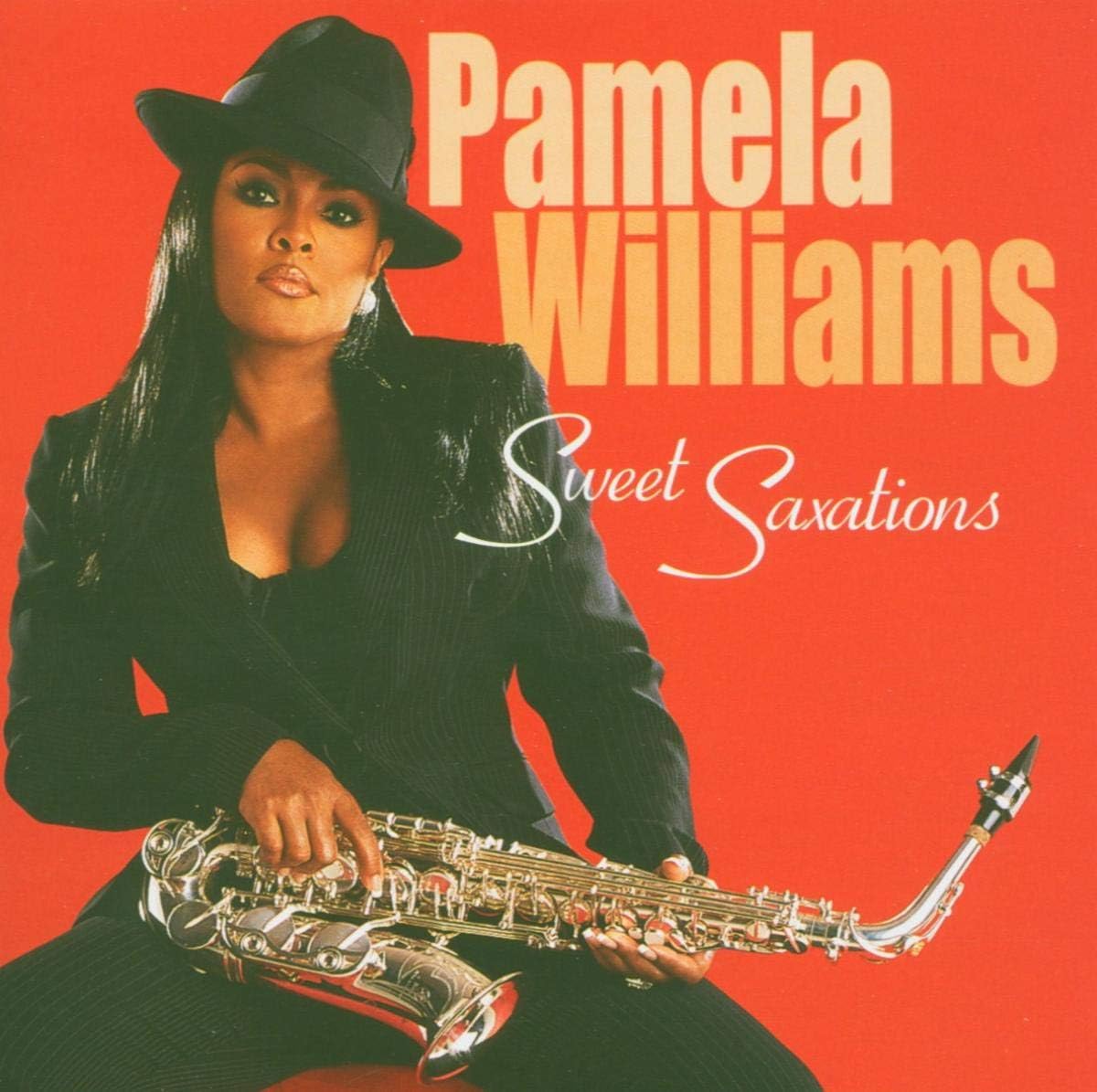 Ever since the success of her groundbreaking debut album SAXTRESS, Pamela Williams has toured the country with such artists as Prince, Patti Labell and Babyface, appeared at major Jazz Festivals and on television shows. On her latest effort, SWEET SAXATIONS, Williams again collaborations with producer Dave Mann (Nestor Torres), Kim Waters and Davy D (producer and remixer for Janet Jackson among others) to create eleven urban-flavored smooth Jazz classics.

Pamela Williams has created a mood-drenched collection of ballads, Ramp;B inspired grooves and funky dance numbers on Sweet Saxations. Joined by an all-star cast, Williams showcases 11-tracks of mostly original material penned by either herself or writer/producers Dave Darlington (Whitney Houston, Janet Jackson, Chaka Khan) and David Mann (George Michael, Vanessa Williams, Elvis Costello). "Darlington and Mann are just great to work with. We have the best time in the studio together. We get the job done, but always have a blast doing it!" shares Williams. She also enlists label-mate and consummate chart-topper Kim Waters, who also joined Pamela on her Shanachie debut, The Perfect Love. Pamela admits she marvels at Kim痴 talent. "Kim痴 amazing! He値l start writing in the studio, then lay down a range of instruments� three hours later he痴 got a complete, fully arranged recording!" Waters performs and co-wrote three songs with Dave Darlington, "Fly Away with Me," "Amber Skies" and "The Seduction." He also co-wrote the body-shaking, get on the dance floor number "Uptown" with Pamela Williams and keyboardist Allen Hart.

Highlights on Sweet Saxations include the album痴 first single "Fly Away with Me," which showcases Pamela痴 agile and edgy saxophone against a percussive and bass heavy funky track, as well as the Alicia Keys hit "You Don稚 Know My Name," in which Pamela can be heard singing back-up vocals while taking the lead on alto sax.

Another standout is "I知 Playing For Keeps" a ballad Williams co-wrote with Teena Marie backup singer DeDe O誰eal, who lends her gorgeous honey-toned vocals to the track. Pamela has a personal connection to "Amber Skies," a tender and dreamy number dedicated to her recently-adopted daughter, Amber Skyy.